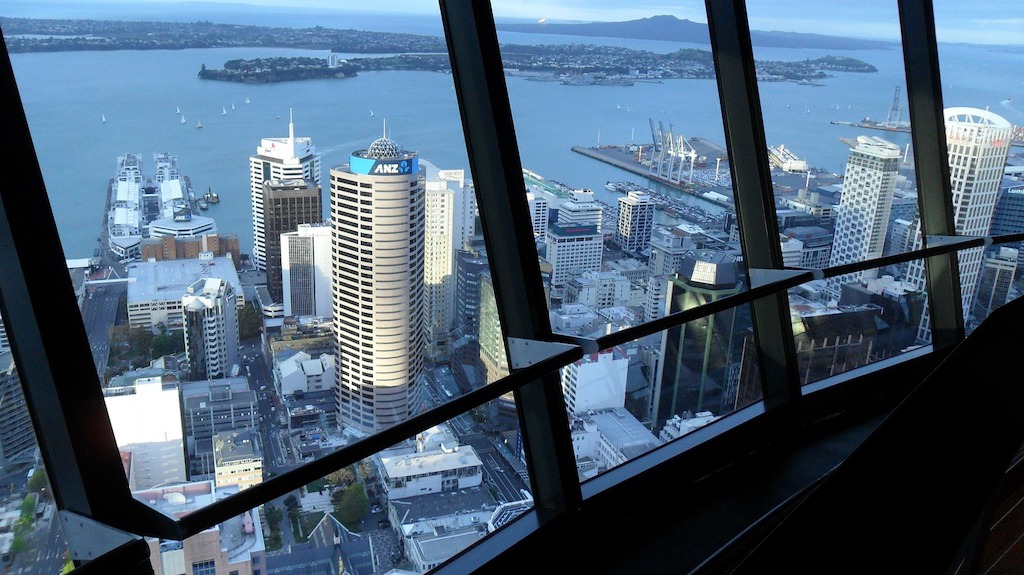 There’s no better place to escape the heat this summer then heading in doors to the beautiful Auckland Museum. With 360 city views of the city, rangitoto island and the sky tower from the doorstep, it’s not only a chance to be immersed in Maori culture but also a chance to get some snaps of Auckland.

From the moment you enter the building you are offered the chance to watch a cultural maori performance by Ngāti Whātua Maori tribespeople, culminating in a spine-tingling rendition of the ‘haka,’ a tribal war dance. From here the museum is full of the history of New Zealand, the struggles between maori tribes and early colonial settlers and what it really looked like back then, He Taonga Maori Court, Poh Kanohi the history of New Zealand at war and there is even an area for the kids.

Newest exhibitions in the museum include another crucial moment in New Zealand’s history, the suffrage movement which celebrates 125 years since women got the vote. There is also The Secret World of Butterflies, a collection from Ray Shannon for the first time ever. The museum is also the home and national war memorial museum with an entire level dedicated to both world war one and two.

Just a short walk through the hustle and bustle of New Zealand’s largest city, Auckland, is somewhat of a marvellous, innovative culinary delight. Some call it the best ice cream in the world, some call it beyond your wildest imagination but I believe Giapo simply have a constant craving for anything new and challenging.  Above all, Giapo is inspiring change. I am not being over excited, but nothing beats the fun that is Giapo Ice cream.  From the moment you walk in the door you a greeted with a brand new spin on what ice cream is experienced like. There is no usual parlour set out but instead a detailed menu and the experienced and knowledgeable staff offering you a presentation of what they call, the third narrative of ice cream something definitely different from the American ice cream and the Italian gelato, the two dominant narratives for ice cream in the world, the hostess explains.

A full degustation starts before you even buy anything. The ice cream is delicious and while you receive  testers of flavours you could only ever dream of, you realise that ice cream has never been experienced this way. Have you ever thought you could buy an art piece and eat it too? Like the colossal  squid? Or use ice cream to take a selfie? Or wear your ice cream before you ate it? Like you would wear some puppets? That’s what I am talking about. And so with a team of chefs and dreamers, Giapo made imagination come to real life. Above all, Giapo is inspiring change, that’s why I am so adamant about this place. It’s not just the flavours obviously they are all delicious, what giapo really offers is the opportunity to see that change is possible. If they changed ice cream and how we use it and why we buy it, everything and everyone can change.

As far as aquariums in New Zealand go this is the one that you do not want to miss. Kelly Tarlton wanted to bring the underwater world to everyone and so he built the worlds first curved aquarium tunnel equipped with over 1500 fish and sea animals. During his travels Kelly collected various artefacts for shipwrecks across the world which are scattered across the aquarium.

Name any kind of sea creature and it will be there, with everything from penguins to sharks, jellyfish and seahorses, there is an animal for everyone. Starting with one of the best penguin breeding programs in the world, visitors can watch as the King and Gentoo Penguins are fed in their own special enclosure. Jumping on a travelator will take you through the aquarium as sharks, fish and turtles float above and all around you.

What’s really special about Kelly Tarltons is their dedication to animal preservation and rehabilitation. It is the only place in New Zealand that rescues and rehabilitates turtles. In another part of Auckland, the lush and beautiful Hauraki Gulf Marine Reserve they have set up Turtle Bay where visitors can see just how they are cared for.

If adrenaline is your thing, jump in a cage and snorkel and swim with the sharks Much like most places you go in Auckland, this one also has amazing views of the city from the outside and is a short drive to the iconic Mission Bay.

The reason why people visit New Zealand, above all, is for the nature we are blessed with. Auckland has many great spots to see this iconic dose of nature but possibly none more so than Great Barrier Island. With more walking tracks then you could possibly imagine, animal marine reserves and hot springs – this is the one stop you need to make for a full injection of nature.

The island is so remote and so dedicated to protecting the abundance of wildlife that it is totally powered by a generator and solar power. On the island you can hang out with native birds and wildlife, heli-fish, snorkel and something really special – visit a Dark Sky Sanctuary. The area is one of only two places in the world given this special status so star-gazes are in for something special due to the scientifically measured darkness which gives it this special title, as well as the fact that there is no outdoor lights.

The island is untouched that just by taking one of the many walks people can stumble across untouched natural hot pools. The Kaitoke hot pools are the only undeveloped hot pools in Auckland and an easy 80-minute walk will take you there.

5. Puhoi Cheese Factory, Pub and a Kayak – all in one!

A short 45-minute drive north of Auckland is a quaint little rural community called Puhoi. Once there you will find New Zealand’s oldest pub, decorated with trinkets from all over the world as well as some symbolically kiwi items. After a pub lunch (or before) you can take a relaxing paddle down the Puhoi river which takes about an hour and leads you to the picturesque Wenderholm park.

In summer months, you can do the whole kayak trip as a guided moonlight tour. If this isn’t enough to fill your day, head up the road from the puhoi pub to the world famous Puhoi cheese factory. The chocolate milk is divine and had people lining up around the block at supermarkets when it was released. If there is one thing that New Zealand knows how to do, it’s dairy. There’s also the Puhoi Museum which pays homage to the original bohemian settlers of the community.

Being the major city in New Zealand has it perks, one of them being the iconic skyline. Whether your beachside, city side or hillside, the one notable thing about Auckland’s sky line is the sky tower. At a colossal 328 metres high and a long time (20 years) feature of Auckland it’s no surprise this is one of the most popular destinations in Auckland.

The view from the sky deck offers 360 views of the 80 km stretch of city and also offers fine dining with a real view. If you are looking for something a bit more thrill seeker you can sky jump off the tower or sky walk around it, on the outside. It also partners up with the also iconic harbour bridge which you can bungy jump off.

You can’t go past a visit to Auckland without a day trip (or overnight trip) to the serene Waiheke Island. It is recommended, due to the overwhelmingly large amount of wineries, that you head to downtown Auckland and jump on the 40-minute ferry.

Leaving every half hour, you can buy a day pass that includes public transport on the island to get you in-between the wineries for the day. Once there you are spoilt for choice as to where you head for your first wine of the day. Starting with Stoneyridge which the Guardian has recommended as one of the best wineries in the world, it sits on top of a hill and the views are to die for.

Waiheke isn’t just known for the wine and food but activities as well, there’s art galleries, yacht charters, resorts, walks and ecozip lines. It’s probably worth a bit more then just one day on this famous island and with a range of accommodation options it’s the perfect place to spend the weekend.