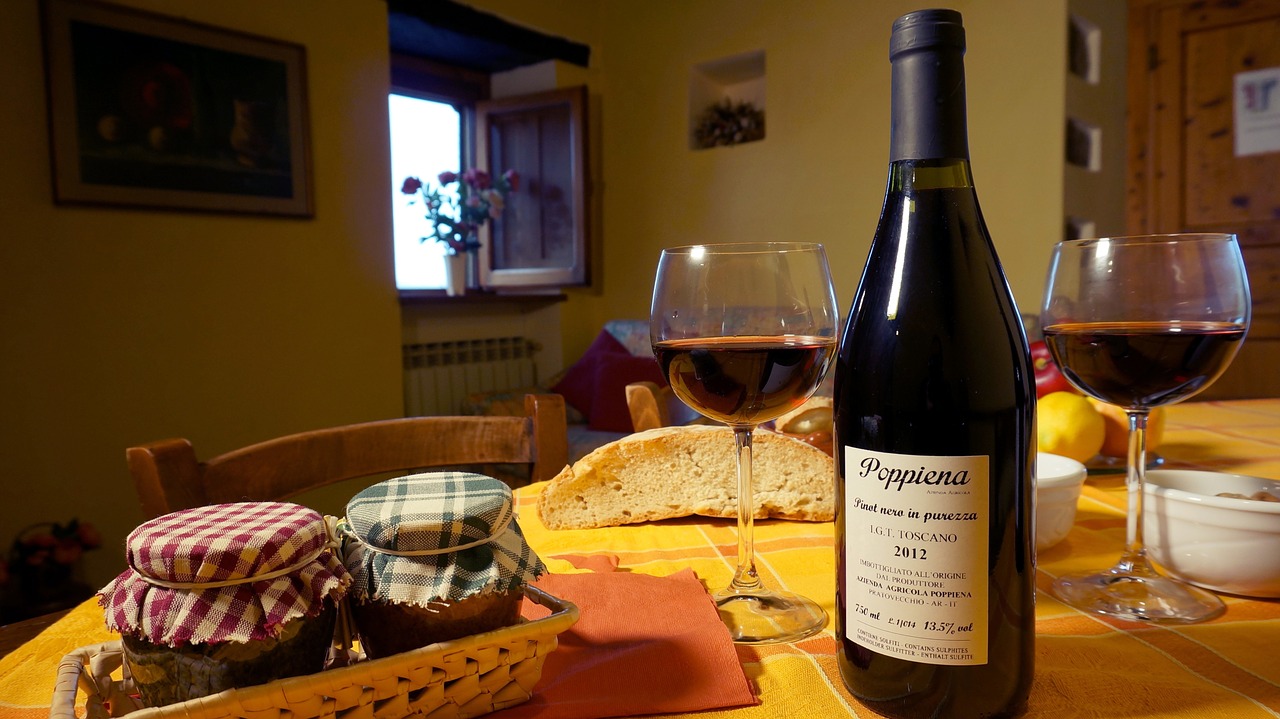 With sprawling vineyards and old Italian farmhouses dotting the hillsides, there is excitement around each turn. Tuscany is one of the most recognizable wine regions in the world, drawing millions of visitors each year to enjoy the unbelievable views—and to go wine tasting.

Tuscany vacations are perfect for wine enthusiasts looking to explore everything that central Italy has to offer. These four regions especially produce some famous, fabulous wines.

Tuscany’s Chianti region is one of its most well known winemaking regions. With Chianti wine dating back to the 13th century, its quality is unparalleled. It was also one of the first regions to import Tuscan wine, making it one of the most identifiable worldwide.

The full, rich flavor of these wines stem from the fact that they are crafted using only red grapes. At least 80% of each Chianti wine is made with Sangiovese grapes. It’s likely that modern Chianti wines will also use Canaiolo grapes as well as Cabernet Sauvignon, Merlot or Syrah.

When wine tasting in Chianti, choose wineries within the Chianti Classico region. The best options are Viticcio, a family-run vineyard that offers tours and wine tastings every day of the week, and Casa del Chianti Classico, which has the largest Chianti wine collection in the world.

Located south of Florence, Montalcino is a hilltop town surrounded by the rolling green hills of the region’s vineyards.

Montalcino, like the Chianti region, relies on the use of Sangiovese grapes. However, whereas Chianti blends theirs with other varieties, Montalcino’s famous wine—called Brunello di Montalcino—is 100% Sangiovese.

Because of the pure composition and the fact that Brunello di Montalcino is often aged three to four years, it can be rather expensive. But the experience will be worth it, providing wines that are smooth and fruit-driven.

One of the best wineries to check out near Montalcino is Altesino. The charming vineyard offers tours that detail their growth, fermentation and bottling processes along with tastings of Brunello di Montalcino.

Another option is Paradiso di Frassina, where Mozart’s music plays all around. The musical atmosphere is part of a scientific project studying the long-term effect of sound waves on the grapes. Those at the winery believe it makes the wine taste even better.

Montepulciano, also located atop a hill in southern Tuscany, maintains much of its medieval charm. The old-fashioned town is renowned for its car-free atmosphere, giving visitors the chance to get out and explore the area on foot.

The region is known for its high-quality red wine, called Vino Nobile di Montepulciano. Like Chianti and Brunello di Montalcino, the wine is created with Sangiovese grapes—at least 70%. The rest is made up mostly of Canaiolo Nero grapes and trace amounts of Mammolo.

Visit Salcheto Winery for a tour of their wine cellar and wine tasting at the enoteca. The winery’s sustainable practices, both in winemaking and in food purchased from local suppliers for their lunches and brunches, are commendable. Plus, visitors can stay the night in one of nine suites on the property.

The Romanesque, Gothic and Medieval architecture ensure that the town of San Gimignano is one of Tuscany’s most visited areas.

While most of the vineyards and wineries in Tuscany are producing red wines, San Gimignano is known for its whites. Grown in the sandstone hillsides surrounding the town, Vernaccia grapes are used to craft the crisp, dry Vernaccia wine.

Azienda Agricola Casale Falchini is located just outside of the city walls and boasts a modern vinification facility that was updated in the 1970s. They were the first in the area to use temperature control on their tanks and in their cellars. Enjoy fantastic prices on Vernaccia as well as a Vernaccia-based sparkling wine crafted at the winery.

Another great winery near San Gimignano is Montenidoli, where they produce three different vinifications of Vernaccia as well as three award-winning classic wines: Canaiuolo, Il Templare and Vinbrusco.

Regardless of whether you’re looking for wine or not, Italy is a destination that should be at the top of everybody’s bucket list. And without doubt, Tuscany is one of the best destinations in Europe. So go forth and be merry! Italy awaits.