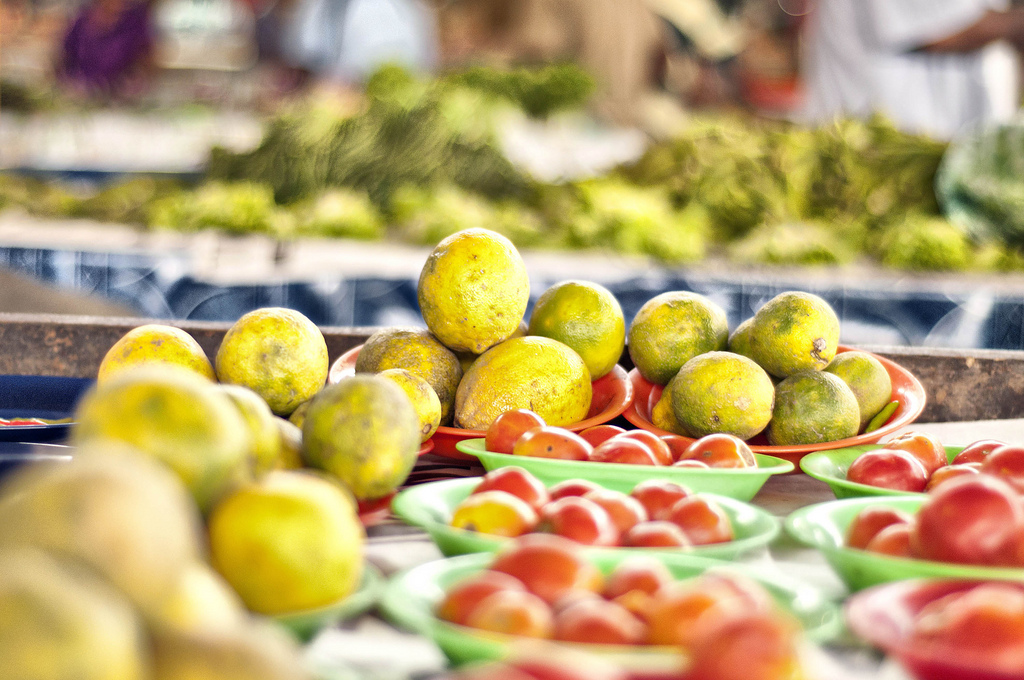 Famous for its pristine beaches, temperate climate, and world-class scuba diving, the Pacific Island paradise known as Fiji attracts well over 600,000 visitors a year, and while soaking up the sun and surf are the most popular pastimes visitors undertake, eating and drinking in Fiji—especially if you do it like a local—are true cultural highlights.

At first glance, the food is deceptively simple: rice, sweet potatoes, coconut, fish, taro, and cassava are all used readily and regularly, but because open fire and underground cooking methods are employed, these ingredients take on other-worldly flavors and textures. The influence of India on Fijian culture also ensures delicious curries and fragrant spices abound. For the traveler eager to experience Fiji via the mouth and stomach, here is a tiny tour through some of Fiji’s famous cuisine.

Kokodo is a popular dish that varies depending on the chef or home cook who prepares it, but the basic elements are the same. Similar to South American ceviche, kokodo is made from raw fish, with Mahi-mahi being by far the most common. It’s topped with a dressing made from coconut milk, spicy chilies, lemon or lime juice, salt, and onions.

Refreshing, nourishing, and delicious, it makes a great lunch or appetizer on a warm, sunny day.

Lovo refers to a style of cooking that has retained its popularity throughout the Pacific, and if you take a trip to Fiji, it’s well worth your time to try and secure some â€” including the experience that leads up to eating. Lovo makes use of an underground oven that is really just a shallow hole dug into the earth filled with wood and kindling, which are used to start a fire. Once the fire is underway, lava stones about the size of a man’s fist are used because they won’t explode from the heat—are stacked on top of it until the wood has burned away and the stones glow red. At this point, a lattice of banana palm trunk is made and placed over the hot rocks.

The unopened flower of a cane shoot that’s closely related to sugar cane, duruka is also known as Fijian asparagus, and it comes in two varieties: red and green. Most likely brought by settlers from Papua New Guinea in the late 19th century, the vegetable has been completely embraced by native Fijians, whether it’s cooked in lolo (coconut cream) or added to curries.

A type of seaweed popularly known as “sea grapes,” nama is harvested in shallow ocean waters near coral reefs. Small, green pods that look like tiny beads, sea grapes pop when you bite into them with a taste that is salty, vibrant, and fresh. Traditionally served as a fresh vegetable or salad, nama is also mixed with kora—a fermented coconut paste, fresh coconut, chilies, salt, and lemon juice to make a thick condiment.

This root vegetable has been a staple of Fijian cuisine for hundreds of years. It’s so important and appreciated, in fact, that it’s celebrated on Taro Day—a holiday that takes place on the first full moon each May. Dense and potato-like, this slightly purple vegetable can be mashed, boiled, fried, or steamed â€” the latter preparation is a favorite among Fijians.

Taro leaves are also eaten, and they can be enjoyed as fritters or boiled in lolo, which makes them taste something like creamed spinach. If you get to enjoy a meal in a Fijian home, you’ll almost certainly be served taro.

Kava is considered the national drink of Fiji, and for those who didn’t grow up on the island, it can take a little getting used to. Kava comes from an indigenous plant called the yaqona. Only the root is used, and it is pounded into a fine powder and mixed with water. It resembles muddy water and has a slightly bitter taste. So, why do Fijians drink it? Kava has a relaxing and sedating effect on those who drink it.

Explore the world of Fiji through your palette. From taro and lovo to kava and kokodo, the experience is unlike anything else in the world.