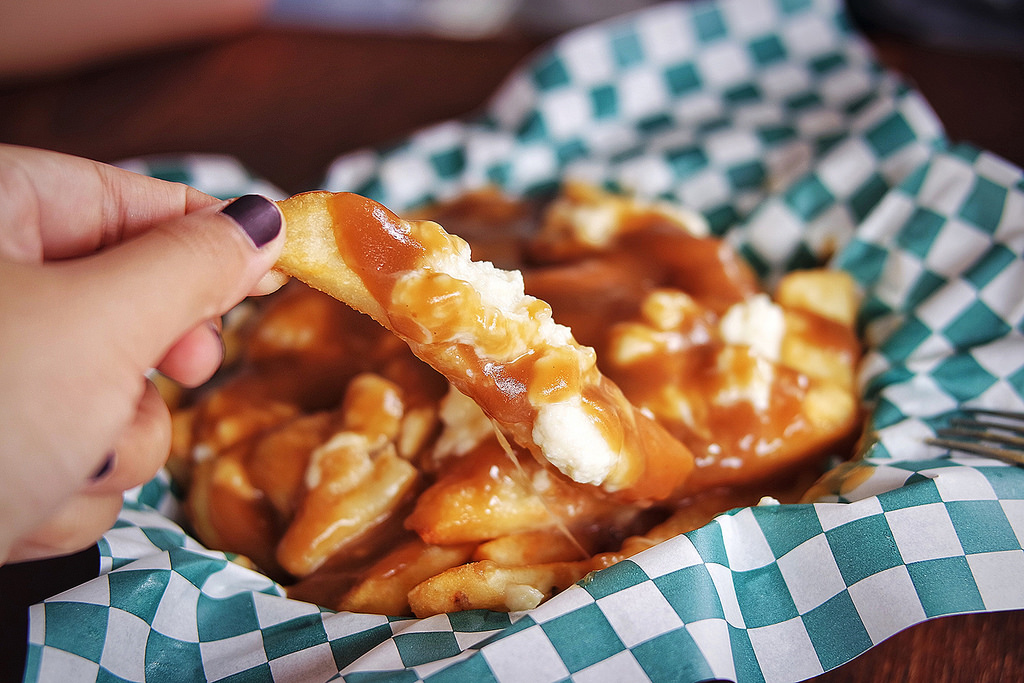 Sometimes referred to as the Paris of North America, Montreal is the culture and cuisine capital of Canada. In this city the past meets the present, resulting in a remarkable mix of Gothic architecture and contemporary buildings. The most interesting thing you can do during your trip to Montreal is not necessarily to admire the impressive buildings, but to experience the cityâ€™s food like a local.

Montreal, Quebec is home to one of the most impressive food scenes in North America. From delicious patisseries to huge food markets, this city has everything. With its rich history of various cultures, todayâ€™s Montreal is an oasis for travelers with food on their minds. In Montreal, expect fusion dishes and specialties from different cultures, usually French and Canadian.

Firstly, donâ€™t miss the poutine. Itâ€™s a traditional dish of French fries, cheese, and gravy. For a traditional desert, youâ€™ll end up with a crispy tart filled with butter cream. Youâ€™ll find these dishes in almost any restaurant or bistro in the city, so be sure to try them!

If youâ€™re the type of traveler who prefers to eat like a local, then spend an afternoon exploring the Plateau Mont-Royal neighborhood. There youâ€™ll find Montrealâ€™s most popular bagel and the cityâ€™s most appreciated smoked meat; local Montrealers adore smoked meat sandwiches and bagels, and it would be impossible to find a bagel that has that Montreal style in other parts of the world. If thatâ€™s your mission, visit St-Viateur Bagel & Cafe for some of the best.

Get Your Drink On

Montreal has the second-highest number of breweries in the world. The city is famous for craft beer, so donâ€™t skip out on a brewery tour. If youâ€™re in Montreal in June this year, pick up tickets to one of the most popular beer festivals in the world, the Montreal Beer Fest. It runs from June 10-14 this year, and it will be chock full of famous beer brands and microbreweries, so you can hone up on your â€œeducation.â€

If you donâ€™t have time to go on a brewery tour then at least check out Dieu du Ciel, a brewery and pub in Montreal. They have a wide selection of beers that you wonâ€™t find in most other parts of the world. Only a few beers made here are distributed across the US, so enjoy the opportunity to try them. Youâ€™ll definitely want to taste the flavored La Fumisterie, their most popular brew.

Where to Go in Montreal

As the second-largest city in Canada, Montreal attracts millions of tourists every year. Luckily, hotels in Montreal are spread all over the city, so if you want to stay close to all the best food and drink spots, book a room in the old part of the city.

Tourists and travelers eager to experience the nightlife of this fabulous city should head straight to Crescent Street, home to some of the most-visited clubs, pubs, and cafes as well as the best-rated restaurants. Crescent Street is perpendicular to Saint Catherine Street, another one of the cityâ€™s most popular destinations. If youâ€™re in the city to eat or drink, these really ought to be your first (and maybe final) stops!