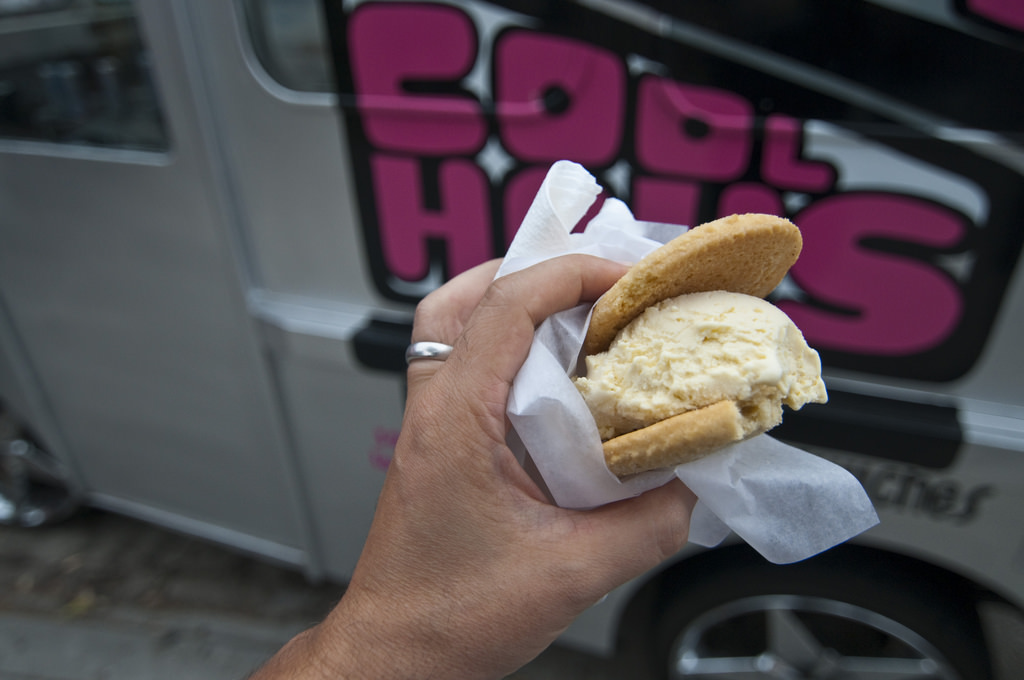 Food and the way we prepare it seems to have become almost unrecognizable as of late. Gone are the days when a simple snack of toast and jam would suffice and, if you really wanted to splurge, a nice steak was the perfect dish for a fancy dinner out.

Today, chefs are celebrities and you can’t turn on the television without seeing a program that offers the viewer specific details about preparing seared scallops with a black sesame reduction or some other dish so technical that I lose interest early on. That’s not to say that I wouldn’t gladly devour every morsel of those scallops if they were placed in front of me, but I’m in no way qualified to prepare them on my own.

The United States is no exception to this fancy food evolution, and when I recentlyÂ purchased a holiday to Los Angeles, I was beyond excited to immerse myself in the city’s legendary food culture. No, I wasn’t dancing with glee about visiting five star restaurants, but I was thrilled to try the other gourmet that Los Angeles has to offer: the food truck.

In today’s food conscious world, many chefs are eschewing tradition and serving their food their way, which often means that is done from the back of a mobile kitchen. While this tradition has taken off in cities all over America, Los Angeles food trucks have long been miles above their competition. These are a few of my favorites.

Long heralded as the man who started the food truck revolution, Chef Roy Choi’s Kogi BBQ truck has been one of the most popular trucks in the city since its inception in 2008. With a delightfully savory combination of Korean spiced meats meshed with the classic Mexican taco ingredients, a Kogi taco is a sensory delight that you won’t soon forget.

You can find the Kogi BBQ truck in locations throughout the city on most days of the week, but be prepared for long lines, or to go away empty handed if you don’t arrive early enough. Yes, it’s that popular.

I can say unequivocally that American chefs know how to cook lobster. They just seem to have a magic touch with the crawly crustaceans that transforms the meat into something impossibly delicious. The Lobsta Truck, owned and run by Justin Mi, is a New England seafood oasis in the gritty city of Los Angeles.

The lobsters and the bread for the famous lobster rolls are both imported from New England, and that is easily the best thing on the menu. However, as with most of the trucks in Los Angeles, check their schedule so you can find them before they run out of food.

Green Truck on the Go

The organic food movement has taken hold in many aspects of the food service industry, and the food truck portion of that industry is no exception. Green Truck on the Go embraces everything green which means that they locally source their ingredients and reuse their fryer oil to power their vehicles, amongst other environmentally aware things. Try the Mother Trucker vegan burger or the fish tacos, if they have them on the menu that day. You can find the Green Truck on the Go in Los Angeles and in San Diego.

When it comes to any meal, it’s a crime to forget dessert. I went in search of the best food truck specializing in sweets and I found the CoolHaus Truck. I’m so glad that I did. The chefs create architecturally inspired and seriously gourmet ice cream sandwiches.

I tried the brown butter bacon ice cream slapped between two delectable chocolate chip cookies and I highly recommend that you try the same. However, the possibilities are endless when choosing your own combination. The ladies behind CoolHaus have made a name for themselves and you can find them in Los Angeles, plus three other cities in the United States and at some shops if you’re not able to meet the truck. My visit to the City of Angels was made even more heavenly by my decision to investigate the city’s food truck scene. New ones crop up every day so it can be a little tough navigating the foodie waters there, but there are ways to accomplish that. The next time you visit Los Angeles be sure to take your appetite to the streets. You’ll be glad that you did.