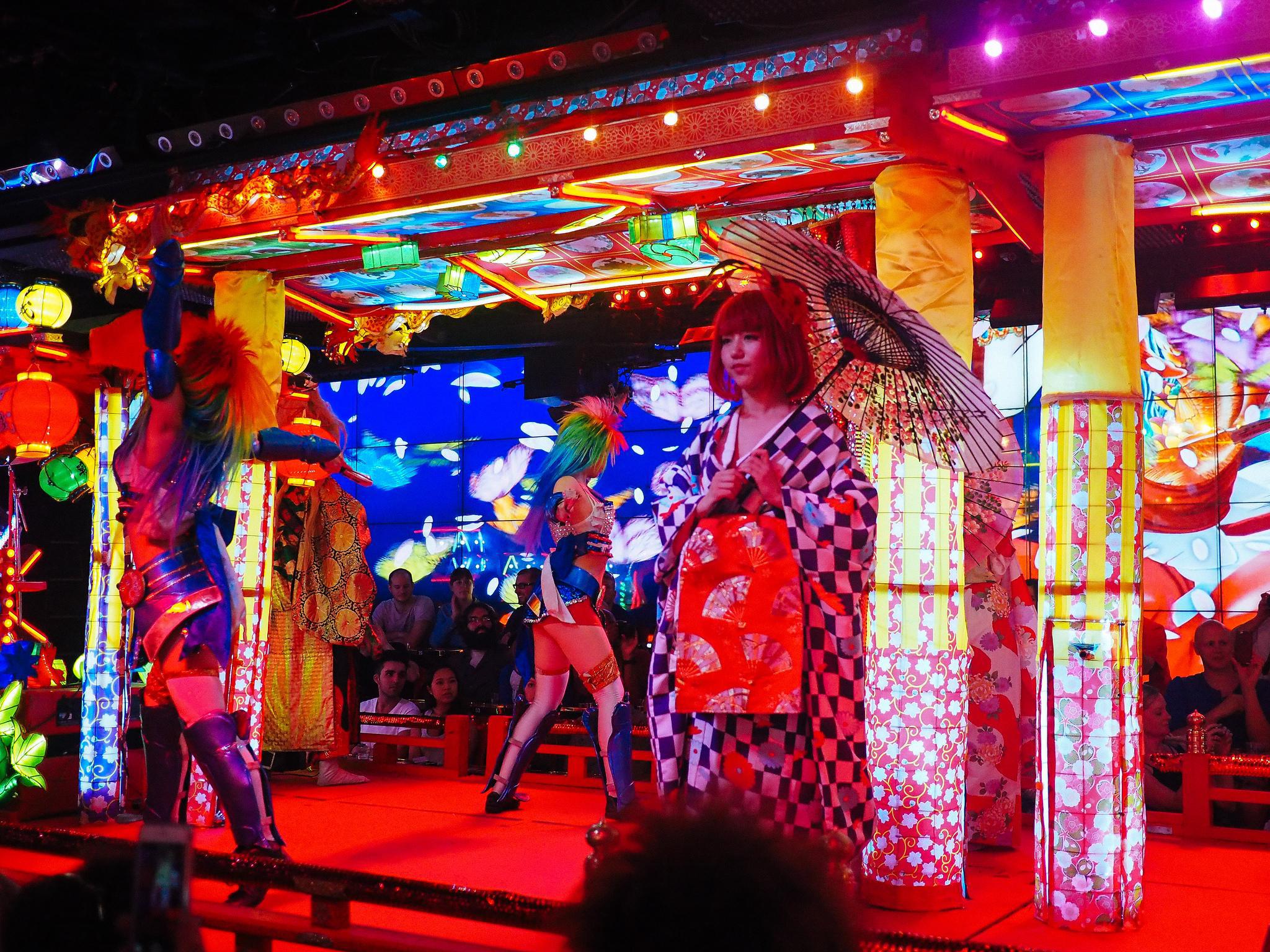 When leaving footprints around the globe, sampling the flavours and textures of the local cuisine should always be high up on your list of to dos. However, when you’ve been on the road for any great period of time, eating out night after night can often become a chore. Thankfully, there are a myriad of exotic and unusual restaurants out there to shake up the dining experience who have well and truly got the world of unique concepts covered.

Dubbed as more than just a culinary venture, Dans le Noir is a stimulating journey of the senses that is sure to change your perspective of the world after dining in utter darkness. Diners are served by visually impaired waiters and waitresses, with the goal of inverting your point of view, which in turn helps you to appreciate the tastes and aromas of food rather than its aesthetic qualities (for the record, it does look beautiful). This much sought-after restaurant franchise is popping up all over the world in locations ranging from Paris and London, to Auckland and Madrid.

No list of quirky restaurants would be complete without mention of Tokyo’s most recognisable haunt. In fact, this bizarre offering has evolved way beyond the realm of a restaurant as we know it and into a tourist attraction in its own right, akin to the likes of Tokyo Sky Tree or the bay.

Neon lights, glitter, smoke and erratic lasers all form the backdrop to a robot battle of epic proportions, as scantily-clad women play the saxophone and synchronized dancing takes place throughout this captivating dinnertime show.

Sound fun? Whilst the utter madness of the show is rumoured to distract from the food on offer, regardless, you’ll need reservations as this is considered one of the best restaurants in Tokyo for a spectacular night out.

A bucketlist-worthy restaurant if there ever was one, Ithaa Undersea Restaurant takes everything that’s outright fantastic about the Maldives and embraces it sixteen feet under. Opening diners’ eyes to a vibrant underwater kingdom in spectacular fashion with magnificent panoramic views, this is the world’s first all-glass restaurant.

The cuisine on offer is contemporary European in style and is served over six courses, each as appetizing as the last. The venue can be booked privately for breakfast or even weddings.

Dining in the Sky Not for the faint-hearted, Dining in the Sky is a floating restaurant concept that has been delighting those with a penchant for both a good view and a glass of wine for over a decade.

Diners are slowly winched high into the sky alongside their chef and waiters – just as soon as they’re strapped tightly into rollercoaster-style chairs – before being treated to an array of surprisingly pleasing culinary delights and whatever it is the weather has in store for them.

The concept has now been rolled out to over 40 countries and seen countless happy couples take to the skies for their special day. Ninja New York combines fine Japanese cuisine with the theatre of the Japanese martial arts to create an ambiance that’s both completely bonkers and intriguing in equal measure. Visitors are seated into nooks, where their server in black will tend to their every need, with the odd yelp and tumble in-between.

Stealthy in nature, the ninjas breeze around the restaurant performing tricks and delighting customers in this Japanese mountain village-like setting. Despite being a spin-off of Tokyo’s famous ninja restaurant, the New York version ticks all the right boxes and will leave diners in awe in this underground maze of confusion.